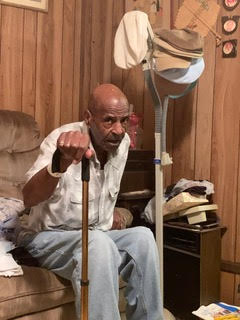 Robert David Childs, also known as Dave or Bob, was born May 16, 1927, in Alexander City, Alabama.

Robert left Alexander City and moved to Chicago, Illinois at the tender age of thirteen years old. During that time, in 1948, he met and married Augusta Graham and from that union came Patrica Howard. Also, during that time, he answered his nations call by enlisting in the United States Marine Corps (1951-1953). Still feeling obligated to serve his country, three months later he enlisted into the United States Army (1953-1955). From Robert’s second union came two estrange children: Robert Jr. and Paulette Childs. His third marriage was to Viola Morris and from that union came Kenneth and Jerome Childs.

Robert was preceded in death by his mother, Jennie Tucker; his daughter Patrica Howard; and his son Jerome Childs.

To send flowers to the family or plant a tree in memory of Robert David Childs, please visit our floral store.

A Memorial Tree was planted for Robert

Join in honoring their life - plant a memorial tree