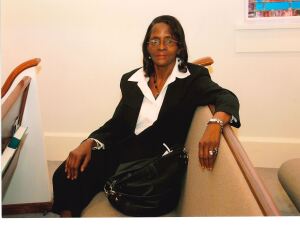 Bettye Phyllis Royal was born on July 24, 1944 in Coosa County Alabama.  She was the youngest of nine children of the late Mr. Washington Royal and Mrs. Willie Mae Kendrick Royal.

At an early age Bettye confessed Christ as her Lord and Saviour and was baptised at the Peace & Goodwill Baptist Church in Cottage Grove, Alabama.  Faithfully she served in the Missionary Society, Usher Board and was Chairperson for the Kitchen Committee .She attended J. D. Thompson High School in Cottage, Grove Alabama.

Bettye and W. C. Holley were united in Holy Matrimony and to this union five children were born:

A host of nieces, nephews, cousins, sister-in-law, Arvetta Royal, other relatives and friends.

To send flowers to the family or plant a tree in memory of Ms. Bettye Phyllis (Royal) Brooks, please visit our floral store.