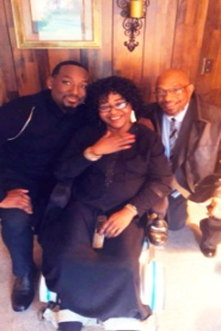 No-No graduated from Goodwater High School in 1975.  Also, she attended the Community College after graduation.  She worked and retired from Russell Corporation Retail Sales Office in Alexander city, Alabama.

Lenore was joined in Holy Matrimony to a loving, dedicated husband, Mr. Frederick L. Williams and to this union a son was born.

To send flowers to the family or plant a tree in memory of Mrs. Lenore 'No-No' (Thompson) Williams, please visit our floral store.