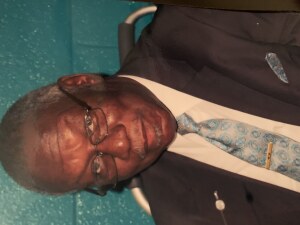 Mr. Jerry Ford was born on July 25, 1944 to the late Amanda Ford and raised by the late Nan Turner. He accepted Christ at an early age and was a lifelong member of Haven United Methodist Church. He was a faithful and dedicated servant of the Men’s Fellowship, a Trustee, and a musician.

Jerry graduated from Laurel High School in 1962, where he played several instruments in the band. He was united in Holy Matrimony for 44 years to his high school sweetheart, the late Wynell H. Ford.

He was preceded in death by his mother, Amanda Ford; wife, Wynell Ford; and grandson, Braxton Moon.

Jerry loved his family. He called every one of his great-grandkids by the name of poochie-pooch. He had a great passion for playing the organ and piano. He played the piano and organ for many churches over the years. Jerry’s love for family and friends led him to visit friends, nursing homes, sick and shut-in, make daily phone calls and gave rides around town. Jerry would normally greet his family and friends by saying, “Hey ‘Ole Boy.” To have known Jerry, is to love him.

He made his heavenly transition Monday, November 23, 2020 at UAB Hospital.

To send flowers to the family or plant a tree in memory of Mr. Jerry Ford, please visit our floral store.