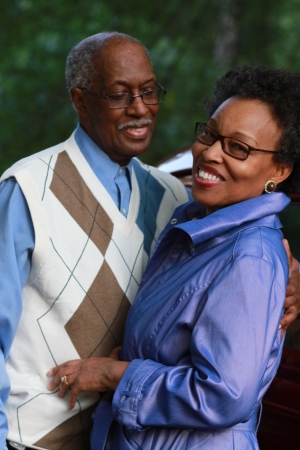 Dr. Runas Powers, Jr., age 82, departed this life on April 27, 2021, at Russell Medical Center, Alexander City, Alabama. He was born to Mr. Runas Powers, Sr. and Mrs. Geneva Dorsey Lee Powers, of Jackson's Gap, AL. Powers graduated from Laurel High School in Alexander City, AL, in 1957. He received his undergraduate degree from Tennessee State University in 1961 and attended medical school at Meharry Medical College in 1966 (Nashville, TN). From 1967-1969, He was a US Navy Medical Officer in Vietnam. He was awarded a Bronze Star Medal and Purple Heart while serving his country as Lieutenant Commander in the United States Navy during the Vietnam War in 1968. Powers married his soul mate of 52 years, Mary Alice Shelton Powers, on February 1, 1969.

Powers completed his residency in internal medicine at the University of Michigan Hospital, Flint, MI, in 1972.  He held a postdoctoral fellowship at Stanford University Medical Center, in Stanford, CA, until 1976, when he became an assistant professor of medicine at Rutgers University. In 1978, He moved to Alexander City, AL, to be closer to his parents and raise his family. Powers joined Russell Hospital as the first African-American doctor to work at Russell Hospital. He ran a successful Internal Medicine and Rheumatology practice for 34 years until ultimately retiring in 2012. Powers was named 43rd Man of the Year by the Alexander City Chamber of Commerce in 1990. He was named to the Best Doctors in America® list for 2001-2004 and from 2007-2012. Powers was a Fellow (FACR) of the American College of Rheumatology, which represents rheumatologists and rheumatology health professionals around the world.

Powers was a man that loved the Lord and attended church with his community. He enjoyed watching sporting events, traveling, and listening to gospel and jazz music.

He was preceded in death by his parents and his brother, Mr. Tommie Powers.

In lieu of flowers, contributions may be made to the Runas Powers, MD Paved the Way Scholarship Memorial Fund  (https://gofund.me/b2bd928f).

To send flowers to the family or plant a tree in memory of Dr. Runas Powers, Jr, please visit our floral store.