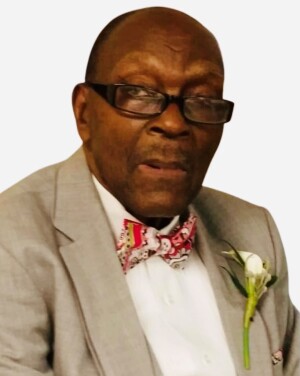 A centurion who could often be heard stating that "99 and 1/2 won't do", Luther Tolbert Sr. was born
February 4, 1921 to the late Ira and Oliva Tolbert in Jackson's Gap, AL.

He professed Christ at an early age and later united with Great Bethel Church in Alexander City, AL
where he was a faithful an active member, deacon, usher and was involved in numerous auxiliaries until
his health declined. Deacon Tolbert was truly a faithful servant in the house of the Lord who would
bend down on one knee in prayer.

A World War II Veteran, Deacon Tolbert lived a long life leaving a legacy full of love and hard work. He
worked throughout Alexander City including Froshin's, City Hall, Alex City Library, Alex City Junior
College before retiring from 32 years at the Russell Corporation Bleachery Department. He also
enjoyed sitting on the porch basking in the sun, engaging in a good game of dominoes and growing his
own vegetables.

An entrepreneur, Luther owned and operated Kountry Kitchen the first black owned restaurant in Alex
City along side his family members.

To send flowers to the family or plant a tree in memory of Deacon. Luther Tolbert Sr., please visit our floral store.